“Great show, Janelle! You really had that crowd going. You guys were tight as hell, and generally, it’s fantastic that you make such an effort to come up with a show as big and as thought through as this. We do need to discuss a few things, though:

You have to find a new sound guy. There’s 16 of you up there on stage. The  bass and treble was okay, but as soon as your arrangements got a little complex, everything in the middle pretty much turned pear shaped. Also, your voice didn’t really get a chance to shine under these conditions. Maybe it’s just this particular festival’s sound system. I don’t know. Either way, I’ll fire the sound dude.

Oh, and about the guitar player’s pageboy haircut. It’s either that or the goatee. But not both at the same time. Will you tell him, or should I?

It worries me a little bit that your covers of Prince’s ‘Take Me With You’ and The Jackson’s ‘I Want You Back’ almost seemed to be your best songs tonight. But hey, maybe that’s just me getting old.

That naivistic painting you did on-stage during one song, with the word Love on it – it just made the whole thing kind of introvert. Plus it was butt-ugly. It was a nice gesture, though, when you searched out a birthday boy in the audience and gave the hideous thing to him.  And I’m sure he’ll remember when you sang ‘Happy Birthday’ for him for the rest of his life.

String players are never cool. Yours are no exception. Please tell them not to take pictures of the crowd during the set. I know that this kind of thing will never happen to them again, but still…

And oh, sorry, I forgot. ‘Cold World’ was a blast. Loved it. I do think, however, that you need to refine your musical strategy a little bit. I don’t really see where this is all going. It’s impressive and art school-ish enough, but … What? Come on, ‘Cold War’, ‘Cold World’, potatoes, pohtahtoes, who cares? I’m what!? Fired!!!??? Because I’m patronisi… You can’t do that! What are you saying? You just did it? Suit yourself! I just happen to know that Andrew Strong needs a new manager! How do ya like them apples? Who’s laughing now? Uh – we really don’t need to call security for this, do we? Noooo! Please don’t hurt me!!!!” 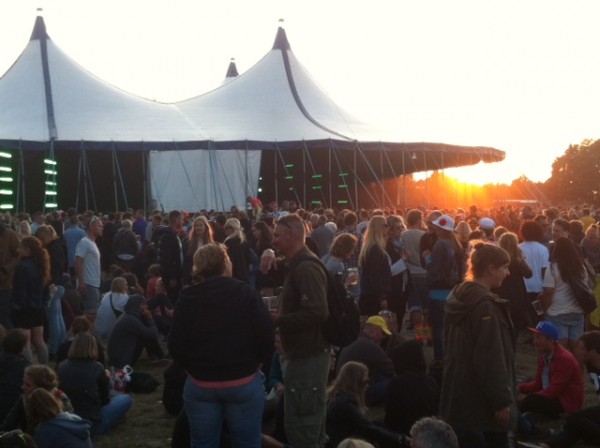